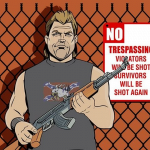 Hi. I'm Andy Ashley, but you can call me Andyxdr. I'm the founder of this Wiki. Have fun editing!!!

Favorite Missions in the games

Favorite Planes in the Series

A serious rivalry between serious men.

Ruth looking horrified and Ellen who's brainwashed looking on ominously. Ruth looks good from that angle. This has to do with the medical ship, doesn't it?

Here we have the bastard and the bitch.

My favorite fantasy plane as an enemy colored in an interesting dark red. 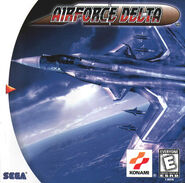 The one that started it all. I love the picture of the Su-47 Berkut. It makes the plane feel special in the game.

Game number 2. I'm glad I got an Xbox for this game. It's enjoyable, has the best graphics of the three games, great music, and wacky fantasy planes!

The third and arguably the best game. I just can't get tired of it. So many awesome planes, missions, and characters!

Albert's Berkut. When he's flying this plane, no one is safe...

As bad as Pierre is, he's got an awesome spider paint job.

Ellen's Jian-Ji 10. Keep shooting her down while playing as Ken and the doll-like figure will be replaced with the Delta insignia and Element number. This plane's nose will also be colored white, not black.

There! What'd I tell ya?

Sergei's paint job looking cooler than ever on this fine plane.

Giuseppe's planes have nice hexagons surrounded by little trapezoids. I like it. It reminds me of something from Star Wars for some reason.

A sort of weird and interesting paint job for Francine.

An eye for an emblem? Freaky...

What an appropriate paint job for Leon. He's a snake alright!

Nice paint job for Donald. His Su-37 is awesome!

A nice, colorful paint job for Jake. Reminds me of Mexico for some reason.