"Who knew you could get a souped-up VTOL fighter with excellent stealth capability for this price? Must be the small payload."
―Harry's description of this plane in the shop.

The F/A-35B is a STOVL fighter jet, appearing in Airforce Delta Strike. Erroneously called F/A-35B (probably due to its multipurpose role), this aircraft is based on the American concept demonstrator aircraft (CDA) X-35B, the prototype of the future F-35B Lightning II. The F-35 was the winner of the Joint Strike Fighter Program (JSF) against the X-32. However, the B model is the only one which appears in the Airforce Delta series. This is the last VTOL craft available to purchase for Alex Levine.

At a glance, the F/A-35B resembles the F/A-22 Raptor. Compared to the Raptor, its profile is smaller overall, and it has a single engine as opposed to two. The plane also has a lifter fan in the center of the craft, and the engine extends outwards and downwards when entering VTOL mode.

The F/A-35B possesses the highest stats overall among the VTOLs, however, it does not possess vulcans unlike the Yak-141 "Freestyle". Therefore, if you prefer planes with vulcans, the 141 will most likely be your preferred option.

F/A-35B with a generic paint scheme. 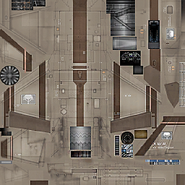 Retrieved from "https://airforce-delta.fandom.com/wiki/F/A-35B?oldid=18347"
Community content is available under CC-BY-SA unless otherwise noted.