"This carrier-based long-distance multi-purpose attack aircraft has a variable sweep wing that adds to its high performance. Its high cost, however, placed it out of reach of many countries."
―Airforce Delta Storm manual description, page 26.

"If you need high power, variable sweep wings and long range, this is your plane. You've seen this one before, right?"
―Harry's description of this plane in the shop.

"Hey there, young lady. Did you see that plane over there? Brings back memories, don't it? Took a lot for me to find it. I owe your dad Richard a favor. Boy, was I floored when I found out you were his kid! I want you to have this, all right? That's just how I repay people. I couldn't sell that jet to anyone but you. Your dad's own special logo guaranteed that. Your logo's a different color, so I figure there's no problem, right? I know you'll do your dad proud. I've got high hopes for you, young lady."
―Secret conversation from Harry in regards to this aircraft, which can be seen after unlocking the aircraft.

The Grumman F-14D Super Tomcat, known in the games as simply the F-14D Tomcat, is a multirole carrier-capable aircraft that was an advancement of the original F-14A Tomcat. The original F-14 was an aircraft designed for carriers, initially as a pure dogfighter. Once the dogfighting in Afghanistan was over, the Navy realized the F-14 was also good at bombing missions, and as a result, it adapted into a multirole aircraft (The second version known as the F-14B, nicknamed Bombcat). The F-14D was the final, fully-modernized version of the F-14A. Sadly, the aircraft was retired, due to problems with maintaining damaged air frames. However, the aircraft had made a name for itself in the world of fiction, thanks to such movies as Top Gun, and as such, this plane has appeared in a huge number of video games, including, of course, Airforce Delta. This plane has appeared in all three Airforce Delta games, and is usable by Ruth Valentine in Airforce Delta Strike. It is also used by Maverick Squadron in the same game.

A very well known aircraft design. The F-14 was most characterized by its variable sweep wings, designed to adapt to low and high speed flight (The wings folding back into the craft to reduce drag during high speed flight, and folding forward again during low speed flight). Aside from that, it's a dual-engine design, with two vertical stabilizers.

A decent plane that has problems standing out amidst other good planes you'll have unlocked by this point. Although it's got great speed, and good defenses, mobility isn't as good as other planes you'll have, such as the MiG-29 and the F-16. Although it has higher speed and defenses than those two planes, the other stats are noticeably worse. Not to mention, in the next mission after you unlock this plane, you'll unlock a far superior plane in the form of the mighty F-15S/MT Active, which trumps this plane in all aspects. Sadly, a plane that's ultimately quite outclassed.

A very good early game plane, unlocked by completing a fairly early mission. Stats are pretty good all around, with good speed and power, and decent defense and mobility. Attack is somewhat low, but for an early game plane, it's far from bad. However, as time goes on, this plane's flaws will become more and more apparent. The low range of this plane hurts it quite a bit, for example. And the somewhat low missile count is bad for longer missions. Not to mention, there's an improved version of this plane you can unlock fairly soon, as well. So, ultimately, it's good for a while, but will soon start to show its weaknesses, and will be outclassed.

A decent enough craft unlocked for Ruth. It's unlocked by completing the optional mission Priority. Stats are decent all around. Despite being a multirole in real life, the F-14D in this game is strictly a fighter, oddly. Mobility, speed, and thrust are good, but it has somewhat poor defense. It also has a less-than-stellar special weapon, the inaccurate ML-AAM. So, despite being a good craft, this plane is ultimately outclassed by the likes of the Su-30MKI, which you can unlock very soon after this plane is unlocked, depending on how much you use Ruth.

F-14D Tomcat alongside an F/A-18C Hornet in flight.

F-14D in the default color scheme.

F-14D with a generic color scheme. 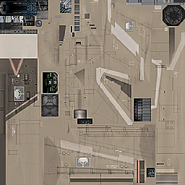 F-14D cockpit in the NTSC version of AFD Strike.

F-14D cockpit in the PAL version of AFD Strike.

Retrieved from "https://airforce-delta.fandom.com/wiki/F-14D_Tomcat?oldid=18011"
Community content is available under CC-BY-SA unless otherwise noted.